As Ricardo Bropso was adjusting his helmet, the navigation Robot at the front of the ship outside the ship, reminded him that he had forgotten to fasten his seat belt. All right, OK, I Know! Protocol tells us to fasten up before putting on our helmet, but I really don't see the difference, so drop it."

He wasn't too pleased with the mission that he was assigned to by the intergalactic government. It wasn't going to benefit his career and seemed unbearably boring. On both points, he was wrong. The co-pilot Robot announced with a short, high-pitched Beep that it was ready to go and was waiting for it's master. As if he had heard it, the technician on the platform stepped away from the ship and started waving his arms in one of those gestures only pilots understood. "I guess he wants us to take off. Make it smooth, S2-PID."

His Little Wing rised gracefully 15 feet, flew across the hangar and jumped into the infinity of space. As the Mothership Allia was disappearing in the distance, Ricardo thought he was probably the only one who would accept such an inept mission. He  was to go to the planet G45 to return the ceremonial pants that the Prince of the Agrob system had forgotten in his bedroom on his latest diplomatic mission. Just a random delivery job.

The Robot-pilot's frantic squeaking brought him back to reality. "Calm down, S2-PID, I've seen the ships coming our way. It must be a welcoming committee. Whoa, there are quite a lot of them. Maybe a security squadron..."

When he felt the impact of the lasers against the hull of his Little Wing, Ricardo figured out that these were probably Space Moochers who didn't appreciate his presence in the neighborhood. Ricardo attempted a communication: Ricardo Brospo, Special Agent for the Galactic Government, I'm delivering the pants of His Highness the Prince of G45..." Two more hit echoed against the hull. "those bastards are still shooting at us. Shoot 'em down, S2-PID!"

The Robot didn't modify the trajectory of the ship, nor did it activate the guns. "I'm sorry, Master, but there seems to be too many of them. I don't foresee that we could get out of this alive. As I am programmed to use the shortest path between two points, it is now more efficient to be taken down."

In a panic, Ricardo pressed every single button he could reach on his console. He suddenly realized that S2-PID had been ejected into space and was now floating away. "oh well, he didn't want to help anyway," he mumbled. He considered trying to escape, but there were so many of them. Everywhere. He understood he had to be brave. He steadily put on his gloves and reached for the manual commands. He had never used then before. 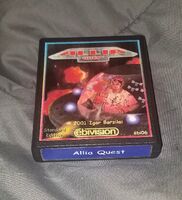 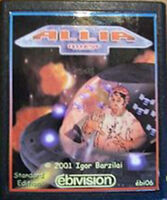