1475. Tenochtitlan is ruled by the Aztec sovereign Axayacatl, son of Motecuhzoma. Even as he was being defeated by the Tarascans, Axayacatl was expanding his realm by conquering the Mixtecs and Zapotecs.

You, being a warrior of the Zapotecs, managed to escape the battlefield together with two of your brothers, but unfortunately your party was trapped afterwards. Axayacatl offers you the only chance to survive by reaching the coast and leaving the country by boat. He challenges you with spear throwing warriors along your path and stone rolling priests on the pyramids. Reaching the pyramids safe inside allows your team to relax for a short and prepare for the next trial.Programmer: Simon Quernhorst 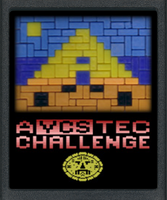 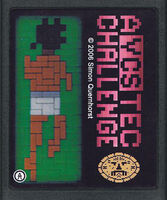